Pavel suffered from many long days. Usually due to work, sometimes due to familial obligations, and other times due to social events. Today had been a little bit of everything.

The day had started off slowly. A few work calls, a quick visit to the office, some papers to be signed... Then a long ride back home. Most streets around the new cathedral had unfortunately been blocked off, which caused a  traffic jam. He should've factored in the time it would've taken to get home, but he had miscalculated just how popular the event would turn out to be.

Nonetheless, Pavel arrived just in time to accompany his wife and child to the sermon in the Nijni district. Yeva had voiced her concerns about subjecting Isaak to the violence of a public execution the evening before and Pavel had thankfully agreed it was in bad taste. In order to avoid possible public scrutiny, he had chosen to remain at the plaza with his in-laws, as Yeva excused herself.

After the inauguration, he popped into his usual gentlemen's club to discuss his latest business ventures whilst smoking a few exquisite cigars, then returned home to entertain his in-laws for tea. He was grateful to learn that the day had been equally long for them, which meant a swift goodbye rather than long discussions in the parlor.

But no rest for the wicked, for there was one more thing to cross off his agenda: a conversation with Yeva about their son.

En ligne
Re: Protect and provideLun 24 Jan 2022 - 13:06
Réputation du message : 100% (1 vote)
Isaak's parents were playing a game of hot potato, yet Yeva managed to find a perfect transition for Pavel to change the subject. You will be going to a private school starting next week, his father announced. Which means many more books, in a way. More books, more experiences, more male peers. An altogether necessary upgrade. 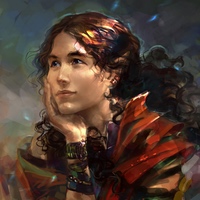 En ligne
Re: Protect and provideMer 26 Jan 2022 - 16:05
Réputation du message : 100% (1 vote)
Isaak’s reaction was… underwhelming, to say the least. He didn’t seem overjoyed or terrified. If anything, he merely seemed a bit puzzled, possibly because the news came from out of nowhere. Yeva knew her son well enough to feel the question coming a few seconds before he uttered it: "Why?" Nope, she wasn’t getting involved in answering it, no way.

En ligne
Re: Protect and provideVen 28 Jan 2022 - 23:48
Réputation du message : 100% (1 vote)
Because you're eight years old and that means it's time to frequent boys of your age. By twelve he was expected to know how adult life worked and by fifteen he would have to showcase his intellect within members of Pavel's social circles. By all means he was already two years behind on his development, despite being a very bright boy. Do you not want to go to school? Pavel asked, noticing his son's lack of excitement. If anything he might try and understand if Yeva had frightened the boy inadvertently.

En ligne
Re: Protect and provideLun 7 Fév 2022 - 21:37
"Oh." Yeva could almost see the gears turning in Isaak’s head (metaphorically speaking, of course). Then, something must have clicked, because he suddenly lit up and his curiosity intensified: "Am I going to go to your old school?" Because sons were supposed to follow in their father's footsteps, right?

En ligne
Re: Protect and provideSam 12 Fév 2022 - 18:57
Réputation du message : 100% (1 vote)
The question took him by surprise. He glanced at Yeva, as if she could wordlessly explain why Isaak would want to go to the same school he had gone to as a boy, but he was no mindreader. No, you will go to a better school. Not that his school had been horrible, but Pavel now had the means to afford his son the education he had wished for himself. A private school with good standards — one where the friends he might be making would be equally good acquaintances to have once he graduated. Pavel had the bigger picture in mind.

En ligne
Re: Protect and provideLun 14 Fév 2022 - 18:52
Réputation du message : 100% (1 vote)
"Oh." Again. Isaak’s brief look of disappointment was quickly chased away by the promise that his future school would be even better than his father’s. "Did you visit it? What does it look like?" Aaand there he went. Yeva still wasn’t happy with the sudden change in Isaak’s life and the danger it would expose him to, but he at least seemed more thrilled than frightened by the novelty.

En ligne
Re: Protect and provideVen 25 Fév 2022 - 14:37
Réputation du message : 100% (1 vote)
Pavel was happy to provide him with more details. He had talked about the school extensively with his peers after all. Yes, I did. He proceeded to satisfy his son's genuine curiosity by describing the location, the building and, perhaps of less interest to a young boy, the school's history. If you would like, I can provide you the list of courses in which you will partake and the books that will be on your reading list. He looked up at his wife. I think you have already read a few with your mother.

En ligne
Re: Protect and provideSam 5 Mar 2022 - 17:25
Réputation du message : 100% (1 vote)
Isaak was hanging on his father’s every word, his mother’s many warnings completely forgotten for now. Besides, his father had said that the school was good, so surely it was and his mother’s warnings didn’t apply to it anyway. Yeva herself was far from her son’s confidence, but she had at least moved on from the stage of utter shock to the more productive stage of planning for the (near!) future: "Speaking of books, is there anything we need to buy him before his first school day, or will the school provide everything?" She would not let anyone think she couldn't care appropriately for her son, whatever she thought of him leaving for school.

En ligne
Re: Protect and provideVen 18 Mar 2022 - 11:24
Réputation du message : 100% (1 vote)
We will need to purchase a few items, but surely someone else can handle it. Although if she was asking... Unless you want to be personally involved. She probably did. In which case I can provide you a list as well.

En ligne
Re: Protect and provideMar 5 Avr 2022 - 19:30
Réputation du message : 100% (1 vote)
Of course she wanted to be personally involved in her son’s upbringing, and that also included making sure he had adequate school supplies! But, also of course, the exclamation stayed in her mind and her outward reaction was much more controlled: "Yes, I would like that, thank you. We wouldn’t want people to say I don’t even know what my son needs for school now, would we?" And, to be frank, she had little idea what that might be, having never gone to school herself. Again, she smoothed Isaak's hair with a fond smile.

En ligne
Re: Protect and provideLun 18 Avr 2022 - 23:26
Réputation du message : 100% (1 vote)
Surely these were the sort of things no mother of any of the attending children worried about. Yeva was incredibly invested in the education of their son. Although Pavel was grateful that she cared to such an extent, he also feared the attachment was unhealthy. But that was precisely why he had organized such a radical change in his education, was it not? You needn't worry about anyone saying such a thing, he said, smiling, but I will give you the list nonetheless.

En ligne
Re: Protect and provideMer 20 Avr 2022 - 20:18
Réputation du message : 100% (1 vote)
When he wasn’t making drastic changes endangering their son, Pavel really was a thoughtful husband. Well, even then: Yeva was well aware that he was only humouring her to ease her mind. She appreciated it all the more and, in moments like this, she wished she could tell him what was really weighing on her, that she wasn’t being difficult on purpose. But that would endanger Isaak and place Pavel in an untenable position. It was her secret to keep, hers and Isaak’s, for all their sakes. So, she simply smiled: "Much appreciated." She had nothing else to add, and soon Isaak was once again peppering his father with questions about the school.