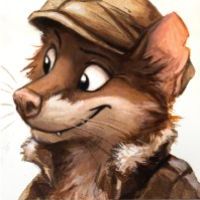 En ligne
Tropical relaxationLun 29 Fév 2016, 15:32
Réputation du message : 100% (3 votes)
When Ciarán woke up and opened his eyes, he found himself on a beach. The sand felt warm, just like the breezes shaking lightly his dark green hair. As for his boots, they felt a little... wet, since his feet were being passed on by the back-and-forth foam of the ocean water. The young soldier then quickly sat up, alarmed by his survival reflexes and instincts. He was quick to find his dear sniper rifle beside him, his faithful two pistols on the sides of his legs, and his trusted combat knife in its sheath behind his back. None too wet, and ammo still there. He looked around: no tourist, no fisherman, no lifeguard, no beach huts, no boat... No nothing. Diddly squat. Except for some beached jellyfish and some crabs afar. And what seemed to be a dense jungle behind him. He slowly sat up, stretched, breathed in with his nose and breathed out. Where exactly was he?Well that's new. Seems like global warming has made Norway quite hot. Shame. How long have I overslept? He giggled. He began to think a bit more seriously. If I'm dead, then this is heaven. Wow, it does exist. Thought I was more suitable for hell. Oh well. And then it hit him. No, not a coconut, but a realization: the top of his hair was shaken by the breezes as well. He stroked it, and his eyes became wide. Something was missing. My cap!! he screamed, irate. Who stole my FUCKING cap?!! He then realized it wasn't heaven. Not without his juju. He was still alive. And a man without his cap has nothing to lose, doesn't he?

En ligne
Re: Tropical relaxationMar 01 Mar 2016, 10:25
Réputation du message : 100% (2 votes)
Who the he— heaven... heaven. Say heaven. Who the heaven was— No actually, this might still be considered swearing. You shouldn't say anything, Pasha. Skip the swear words. No one heard you. Who—much better—was yelling so loudly ? Pasha, his hair the color of a setting sun, looked around and was positively bewildered. If Ciarán had been surprised, you can bet your ass—you're doing it again—Pasha was as well. He had never even seen sand before. What devil's trickery is this ?!

En ligne
Re: Tropical relaxationVen 04 Mar 2016, 23:23
Réputation du message : 100% (2 votes)
Ciarán managed to calm down. Alright people, Ciarán said while he unsheathed his knife. Let's play a game. First one whom I find with my goddamn cap on them, they get stabbed 13 fucking times. He then licked the flat of the blade, and showed a sadistic smile. He undoubtedly knew how to cheer up in dire situations. He then walked along the beach, kicking around sand to let off steam. A psychopath is seldom a patient individual after all, right? Suddenly, he then saw from afar what seemed to be a red-haired woman with her back turned. Ciarán, happy with his finding, stopped at about 15 feet, sheathed his knife and aimed with one of his pistols. So! You think this is bloody funny, dontcha, ginger bitch?

En ligne
Re: Tropical relaxationSam 05 Mar 2016, 01:01
Réputation du message : 100% (1 vote)
Pasha raised an eyebrow. He had been called ginger before. (Of course he had.) Nothing intrinsically wrong with that. He was ginger, after all. The "bitch", however, didn't sound very biblical, did it? The ginger bitch turned around and stared at the barrel of the gun with such serenity, that even a guy such as Ciarán must've understood this wasn't his first rodeo. Pasha had this air about him that only old veterans of a very bloody war seem to possess.

En ligne
Re: Tropical relaxationSam 05 Mar 2016, 14:33
Réputation du message : 100% (1 vote)
Ciarán looked into her eyes. No... his eyes. No... his left eye. The eye of a ruthless, calculating killer. Just like him. The Irishman liked that tension between two predators. He smiled and calmed down for good. His cap didn't seem to matter anymore. Great. A fucking pirate with an eyepatch. Looking for a map, eh sunshine? Or have your mateys left you here? he said mockingly. Seriously though, if he's not a pirate... He may have some info on where we are. Or may not. Alright, alright. Here's the deal : you don't move an inch and you tell me what's this island, or you die. Your call, fella.

En ligne
Re: Tropical relaxationMer 09 Mar 2016, 15:22
Réputation du message : 100% (1 vote)
If that was supposed to be a threat, it hadn't worked. Pasha was not afraid of death. Of course he wasn't. How could he be, when death was deliverance for people like him? Death meant being reunited with the Father, which was, in all honesty, what all human beings should strive for. Death was a moment to be celebrated, and if God had willed him to die then and there, Pasha was ready to go. That may be why the one-eyed ginger only "followed" half of Ciarán's orders. He didn't move an inch, true—but he did not reply.

En ligne
Re: Tropical relaxationMer 16 Mar 2016, 16:55
Réputation du message : 100% (1 vote)
Cat got your tongue. OK, OK... Still calm, he smiled coldly and aimed at Pasha's kneecap. How about I make you a bit more of an authentic pirate? As he was about to fire, he then dodged a spear thrown at him. Then a whole group of dark-skinned, leaf-clad warriors jumped out of the bushes not far, carrying spears - one group circled Ciarán and the other one circled Pasha. Where's a machine gun when you need one? He calmly put his hands up and heard one of them yell to him in a unknown language. Ymddengys eich bod yn dwp gyda dail rheini! (You look stupid with those leaves!) he yelled in Welsh. See? I too can speak gibberish, pretty boy! This quip earned him a violent blow to the jaw by a spear butt.

En ligne
Re: Tropical relaxationJeu 17 Mar 2016, 11:10
Réputation du message : 100% (1 vote)
Obviously, the man in front of him wasn't exactly right in the head. Or at least, he had serious anger problems. Pasha used to have those too. Like a bomb with a lit fuse on which someone kept stepping to make sure it didn't explode. That someone was of course the church. Ciarán needed some good churching. The red-head witnessed the boy getting struck down with complete apathy. This is what happens when you're hot-headed. You need to learn to pick your battles. Pasha simply complied, once again, with the position of the spears surrounding him. They were supposed to follow, weren't they?

En ligne
Re: Tropical relaxationVen 18 Mar 2016, 21:26
Réputation du message : 100% (1 vote)
Ciarán didn't lose consciousness : he wasn't KO'd easily. On his knees, he spat blood, and then let out a brief, small, maniacal giggle. He turned his eyes to the one who hit him, licking the blood around his mouth. I won't forget your face. He said in a quiet and menacing way, with a glare. He was then made to stand up and all his weapons were taken from him. Even his knife. Dammit. The two men were taken for a walk, presumably toward the village of the aggressive indigenes. Ciarán glanced at Pasha, who was now closer to him.Looks like this guy and I are in the same boat.  Let's shut up for now... and pay attention to their technology. I have no intention of dying here. I still have some hell to bring to this world!

En ligne
Re: Tropical relaxationDim 20 Mar 2016, 12:47
Yes, this boy was most definitely possessed by some sort of demonic entity. Pasha would have to keep a close eye on him. At this point, he seemed more dangerous than his captors. Spears weren't really a challenge when you were trained to fight demons. Still, Pasha and Ciarán seemed of the same mind : both were analyzing their surroundings. Pasha was already thinking of exit strategies the second they entered their crude-looking village.

En ligne
Re: Tropical relaxationVen 15 Avr 2016, 11:29
Réputation du message : 100% (1 vote)
At their arrival, Ciarán could make out a few corpses of unfortunate castaways being cooked and munched upon. Cannibals. Hmm. They make fine survivors in this zombie-infested time. Eating human flesh? I'd prefer salmon sandwiches, but whatever. He was led into a bamboo-made cage, he was made to sit down and his wrists were tied to a bamboo above him. The same thing was done to Pasha. The same native that struck him earlier gibbered to him, smiling.Then. We eat you two. He then left the cage and closed it. Oooh ! Tarzan speak English. Me tell you to go screw yourself. They're dumb enough to let us live for now... I've got a plan. he thought, looking at Pasha. Hey you. You speak English? he whispered.

En ligne
Re: Tropical relaxationJeu 21 Avr 2016, 12:01
English? Of course he didn't speak English. A ridiculous notion. Wasn't he speaking Russian right this instant? The only languages that Pasha was familiar with were Latin and Russian anyway, and he was pretty certain the loose canon in front of him was sprouting Russian nonsense. No, he replied dryly, like it was a stupid question.

En ligne
Re: Tropical relaxationMar 14 Juin 2016, 23:36
Réputation du message : 100% (1 vote)
If he doesn't speak English, then I'm Queen Amidala. He struggled discreetly against the ropes that bound his wrists above to the bamboo wall behind him. Not very solid. But with those two guards watching... No choice: I must wait for them to untie me... Before Ciarán could come up with the rest of his plan, a helicopter came and gradually landed in the large clearing, with all the savages brandishing their spears, running to assault the mighty metal beast. Hooded armed men came out and shot down all the cannibals. What the... ? There they are!, one said. The men then broke the cages, freed the two men and escorted them at gunpoint toward the helicopter. Inside, their apparent boss, who held a rosary...

En ligne
Re: Tropical relaxationMar 14 Juin 2016, 23:57
This was suspicious. Highly suspicious. And Pasha had allowed it all to happen. Even now, sitting face-to-face with some sort of religious figure in a balloon-less zeppelin, he still didn't quite grasp what had happened. Honestly, he could've played professional poker with that expression of his.